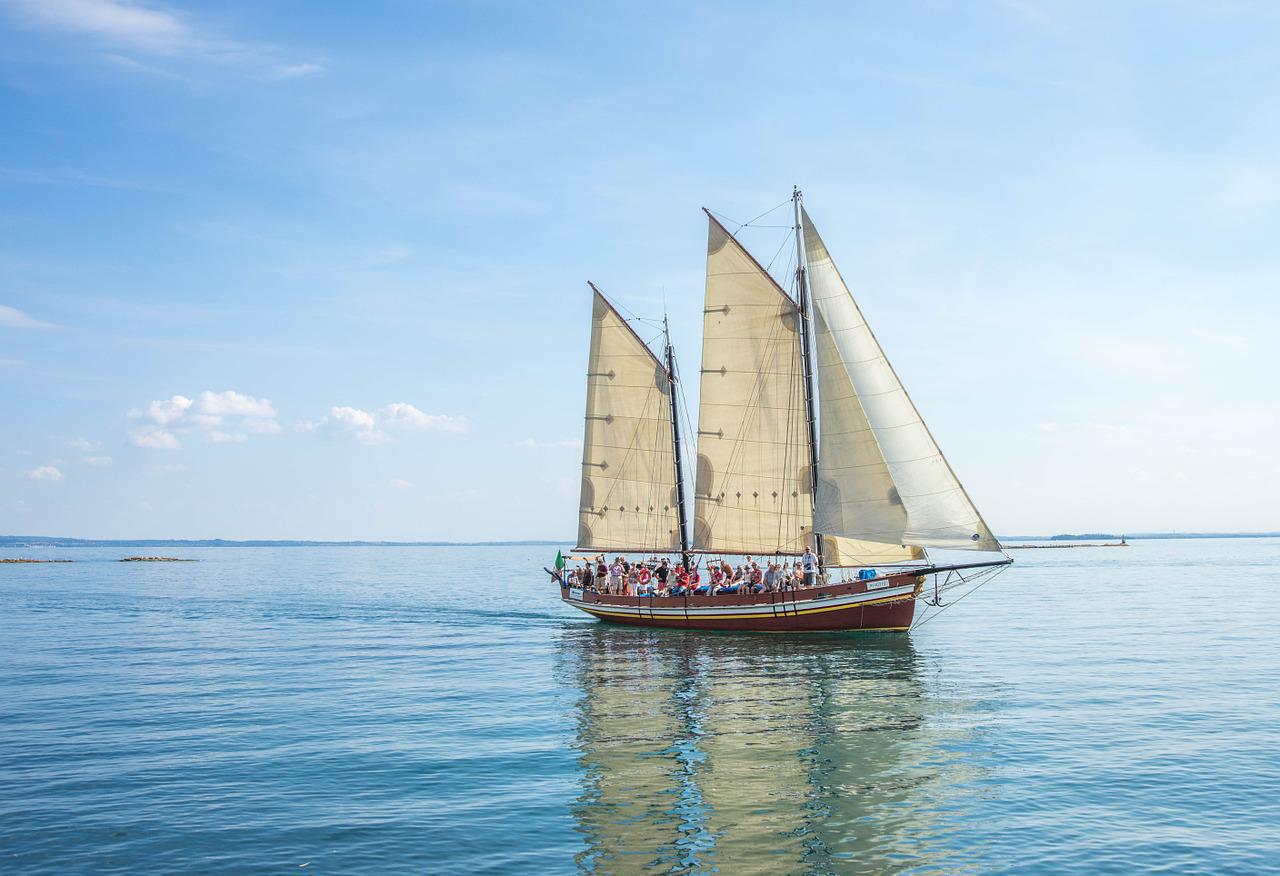 Once per quarter, Caktus employees have the opportunity to take a day away from client work to focus on learning or refreshing skills, testing out ideas, or working on open source contributions. The Q2 2017 ShipIt Day work included building apps, updating open source projects, trying out new tools, and more. Keep reading for the details.

Erin used ShipIt Day to watch a tutorial on Postgres performance by Craig Kerstiens and test the Caktus website with some of the things she learned. She used the free pgAdmin III tool to try out some of Craig’s suggested database queries for performance monitoring. While drilling down into our website, she explored cache and index hit rates, reviewed query performance on our blog, and tested with pg_stat_statements to find the most expensive queries in aggregate across database. Erin plans to use her findings to inform decisions impacting website performance.

Charlotte M built an app to help the Caktus book club vote on their next book. Members can view and add books to the book list for the next election, then vote using an election interface. Once the books are selected, members vote by dragging and dropping the titles in their preferred order to submit votes.

As part of her project, Charlotte researched real-life voting systems and settled on the Borda Count method, preferring a consensus-based system over a majoritarian one.

Mark reviewed open source projects and worked on maintenance for the Sick Muse project, a front end for collectd. He wanted to make it work on Python 3 and ensure it works on the latest version of Tornado. While the back end worked, he found that the JavaScript/Bower-based front end broke and plans to remove Bower in future. As part of maintenance, he also worked to improve test coverage from 50% to 88%.

Gerald researched test case management tools that would integrate with JIRA, aiming to find something that would mesh with JIRA as well as sharing a similar visual style. He looked at qTest by QAsymphony, Xray for JIRA, and Zephyr for JIRA, settling on Zephyr for testing. Although it required him to create a few workarounds, Gerald got Zephyr up and running, demonstrating a few user stories and test cases.

For the next ShipIt Day, Gerald plans to look at QA metrics and reporting.

As part of her grad school projects, NC’s coursework requires at least one semester of Python and data visualization. She spent this ShipIt Day working on creating a media library, working on the exit function and queries for media types which would allow the user to get a list of all of the records that fit a given query.

UX designer Basia read User Stories Applied for Agile Software Development by Mike Cohn to brush up her skill in writing user stories as a way to enhance the user story mapping techniques she leverages in discovery workshops. She shared a review of what a user story is and what it conveys, noting that each must be accompanied by acceptance criteria that will validate developed functionality.

She also walked through why user stories should be used in software development, the importance of working as a team to verbally communicate them, the usefulness of user stories in helping to defer details until the team is sure they’re needed, and how they discourage teams from pretending they know up-front everything there is to be known about the project. Most importantly for the Agile developer, she explained how user stories encourage iterative work. 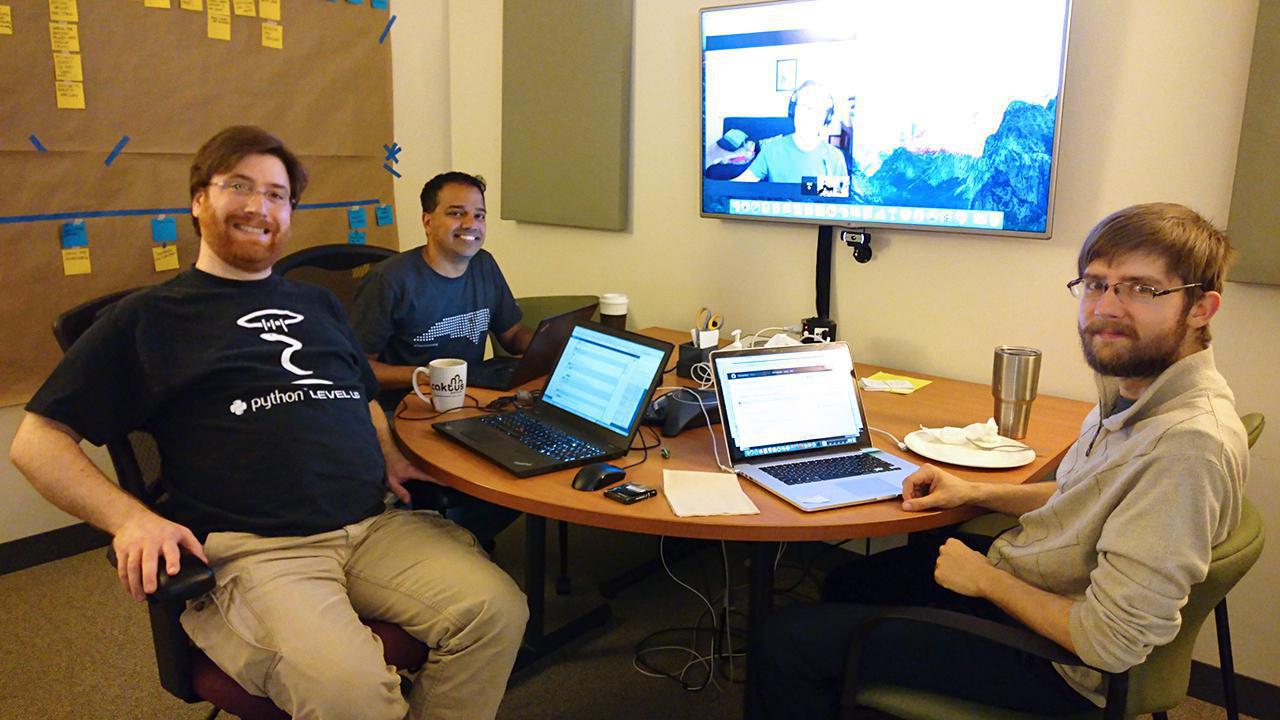 Neil, Dmitriy, and Jeff B worked as a team to start a bare-bones “hello world” project using Ansible and and write an Ansible playbook for its deployment using nginx, gunicorn, Django, Postgres, and memcached.

As a newcomer to devops, Neil liked using Ansible and learned that it’s not as scary as it seems. Dmitriy liked working through the different steps and generally learning about Ansible. Jeff was on board as an advisor, and sees areas where more documentation can be written.

Vinod worked together with the ‘Hello Ansible’ team on a similar project. Caktus hosts many client projects, all of which were initially created with varying deployment recipes. Many of these use Margarita, Caktus’s homegrown library of Salt recipes. Vinod decided to take one of these older projects (the Libya SMS project) and investigate how it could be migrated from Margarita to Tequila, our internally-developed library for Ansible. This worked surprisingly well (thanks to help from Jeff B, the primary author of Tequila) and by Friday afternoon, we had a single app server deployed successfully to a Vagrant box.

Sarah, Charlotte F, Elizabeth and Eliza created and reviewed posts for the Caktus blog, with topics including sprint planning, conference recaps, and project management. Keep an eye out for those in the next several weeks. 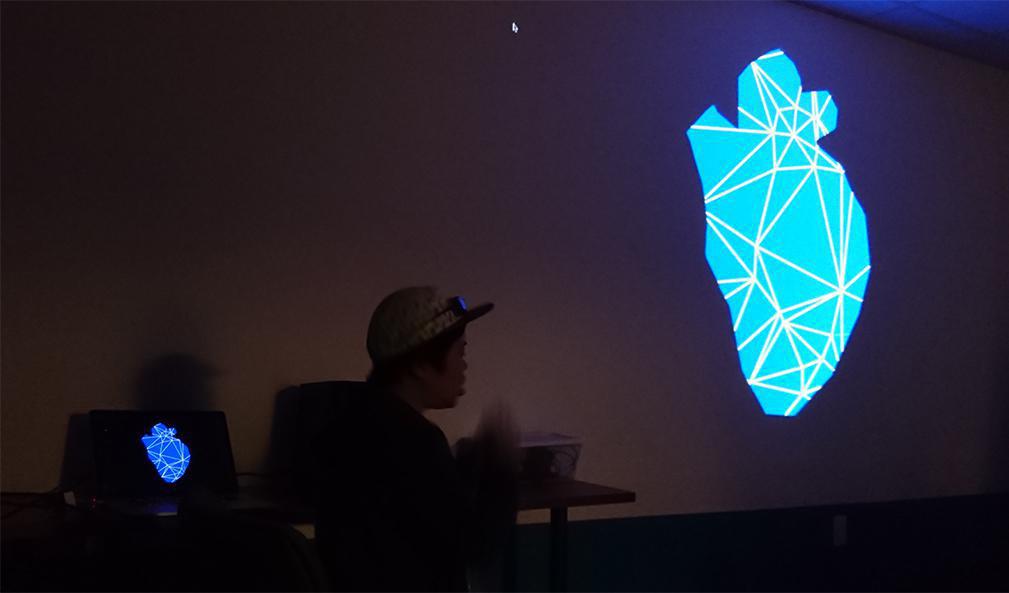 Kia revisited a project built a year and a half ago using the Processing library for animation. The project uses the Triangulate and Minim libraries. The animation of a heart reacts to sound, including voice or a song, by changing color and shifting geometric lines.

For the next version Kia would like to make adjustments to functions built into the library. It’s currently audio reactive but not beat reactive, something she intends to work on.

Or, maybe she’ll animate the Caktus logo for our 10th anniversary party!

As you can see, Cakti have been busy on a range of projects. Want to join us and work on sharp web apps? Check out the Caktus careers page for current openings.