How to Switch to a Custom Django User Model Mid-Project 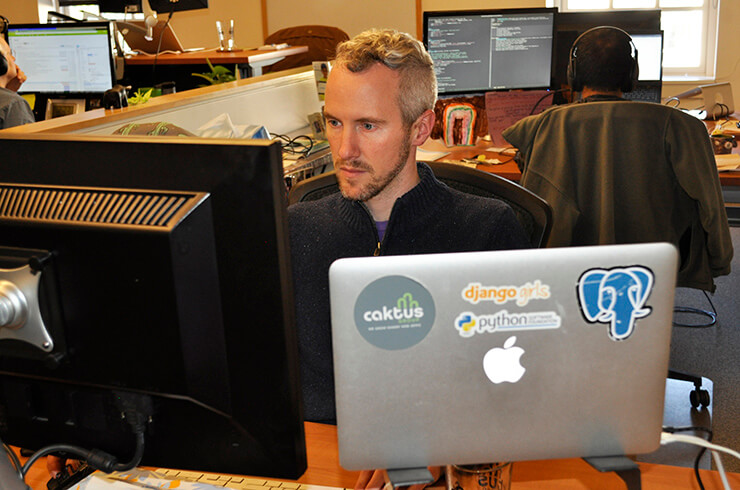 As of the time of this post, ticket #25313 is open in the Django ticket tracker for adding further documentation about this issue. This ticket includes some high-level steps to follow when moving to a custom user model, and I recommend familiarizing yourself with this first. As noted in the documentation under Changing to a custom user model mid-project, "Changing AUTH_USER_MODEL after you’ve created database tables is significantly more difficult since it affects foreign keys and many-to-many relationships, for example."

The instructions I put together below vary somewhat from the high-level instructions in ticket #25313, I think (hope) in positive and less destructive ways. That said, there's a reason this ticket has been open for more than four years — it’s hard. So, as mentioned in the ticket:

Proceed with caution, and make sure you have a database backup (and a working process for restoring it) before changing your production database.

Steps 1 and 2 below are the same as they were in 2013 (circa Django 1.5), and everything after that differs since we're now using Django's built-in migrations (instead of South). At a high level, our strategy is to create a model in one of our own apps that has all the same fields as auth.User and uses the same underlying database table. Then, we fake the initial migration for our custom user model, test the changes thoroughly, and deploy everything up until this point to production. Once complete, you'll have a custom user model in your project, as recommended in the Django documentation, which you can continue to tweak to your liking.

Contrary to some other methods (including my 2013 post ), I chose this time to update the existing auth_user table to help ensure existing foreign key references stay intact. The downside is that it currently requires a little manual fiddling in the database. Still, if you're using a database with referential integrity checking (which you should be), you'll sleep easier at night knowing you didn't mess up a data migration affecting all the users in your database.

If you (and a few others) can confirm that something like the below works for you, then perhaps some iteration of this process may make it into the Django documentation at some point.

Here's my approach for switching to a custom user model mid-project:

That should be it. You should now be able to make other changes (and create migrations for those changes) to your custom User model. The types of changes you can make and how to go about making those changes is outside the scope of this post, so I recommend carefully reading through the Django documentation on substituting a custom User model. In the event you opt to switch from AbstractUser to AbstractBaseUser, be sure to create data migrations for any of the fields provided by AbstractUser that you want to keep before deleting those columns from your database. For more on this topic, check out our post about DjangoCon 2017, where we link to a talk by Julia M Looney titled "Getting the most out of Django’s User Model." My colleague Dmitriy also has a great post with some other suggestions for picking up old projects.

Once again, please test this carefully in a staging environment before attempting it on production, and make sure you have a working database backup. Good luck, and please comment below with any success or failure stories, or ideas on how to improve upon this process!

How to Simplify Django Migrations and Deployment