How to Simplify Django Migrations and Deployment 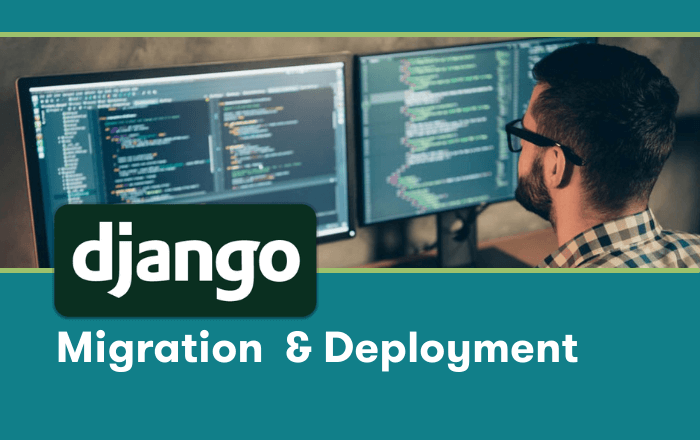 When removing fields from Django models, or adding non-nullable fields, it can be hard to avoid a mismatch between code running on some servers and the database in use.

By using django-add-default-value and django-deprecate-fields to simplify the migration and deployment process, you will eliminate a common Django deployment headache. This has been a challenge for a while now. Believe it or not, Django ticket #470 has been open since 2005!

Suppose you've removed one or more fields from Django models, maybe because you're cleaning up old code and they are no longer needed. Whatever the reason may be, Django will create migrations to remove those columns from their database tables. As soon as you run those migrations on any server, those columns will be gone from the database. This can be problematic because any servers running the older code that still references those columns will break.

There’s an interesting way to keep those columns from breaking.

Using django-deprecate-fields makes it safe to migrate the database while all servers are still running old code.

Instead of deleting the field from your model code, you wrap its definition in deprecate_field() like this:

Then, makemigrations. deprecate_field will modify the field definition to be nullable and Django will create a migration to make the column nullable in the database.

After doing so, the column will still be there, so old code will still work even after the migration has run. But it's now nullable, so if new code doesn't set a value on the field, that will work too.

However, deprecate_field behaves differently when not using Django migration commands: it changes the field to a dummy field that emits warnings whenever it is written to or read from.

In particular, when running tests or serving user requests, that field will no longer access the database. And due to the warnings, if your tests have good coverage, this should help spot any lingering references to the field being removed, so they can be fixed in the new code.

When it's time to deploy, apply the migration as early as possible, so you won’t have servers running the new code until after the migration has run, which is generally what we want anyway.

When you're confident all servers have been updated and you won't need to roll the changes back, you can just delete the line with the deprecated field from your model, and run makemigrations.

The result will be that Django will generate a migration that removes the column from the database, and the next time you deploy, the unused column will be gone.

Adding Fields to Django Models can have Similar Pitfalls

If the new field is not nullable and has no default value in the database, then once the migration has run, there's a new column in the table, but any old code will not know to provide values for it, and database updates will fail.

Using django-add-default-value helps with this problem by making it easy to set a default on the new column in the database.

Keep in mind that Django doesn't already set default values on fields in the database, especially if you've specified a default value in your field definition.

As of Django 3.1.5, it is still the case that setting a default in your Django field definition only results in Django using that value when creating or updating records at run-time, but does not make that the default value for that column in the database.

Maybe one of these days Django will gain this ability. For now though, using django-add-default-value makes it easy to do it yourself from your migration.

Now as soon as the migration runs to create the new column, a default value will be set on it.

Unlike when using django-deprecate-fields, there's no cleanup needed after you've deployed.

That's it! If you have additional ideas and/or workarounds, we’d love to hear about them in the comments.

How to Switch to a Custom Django User Model Mid-Project