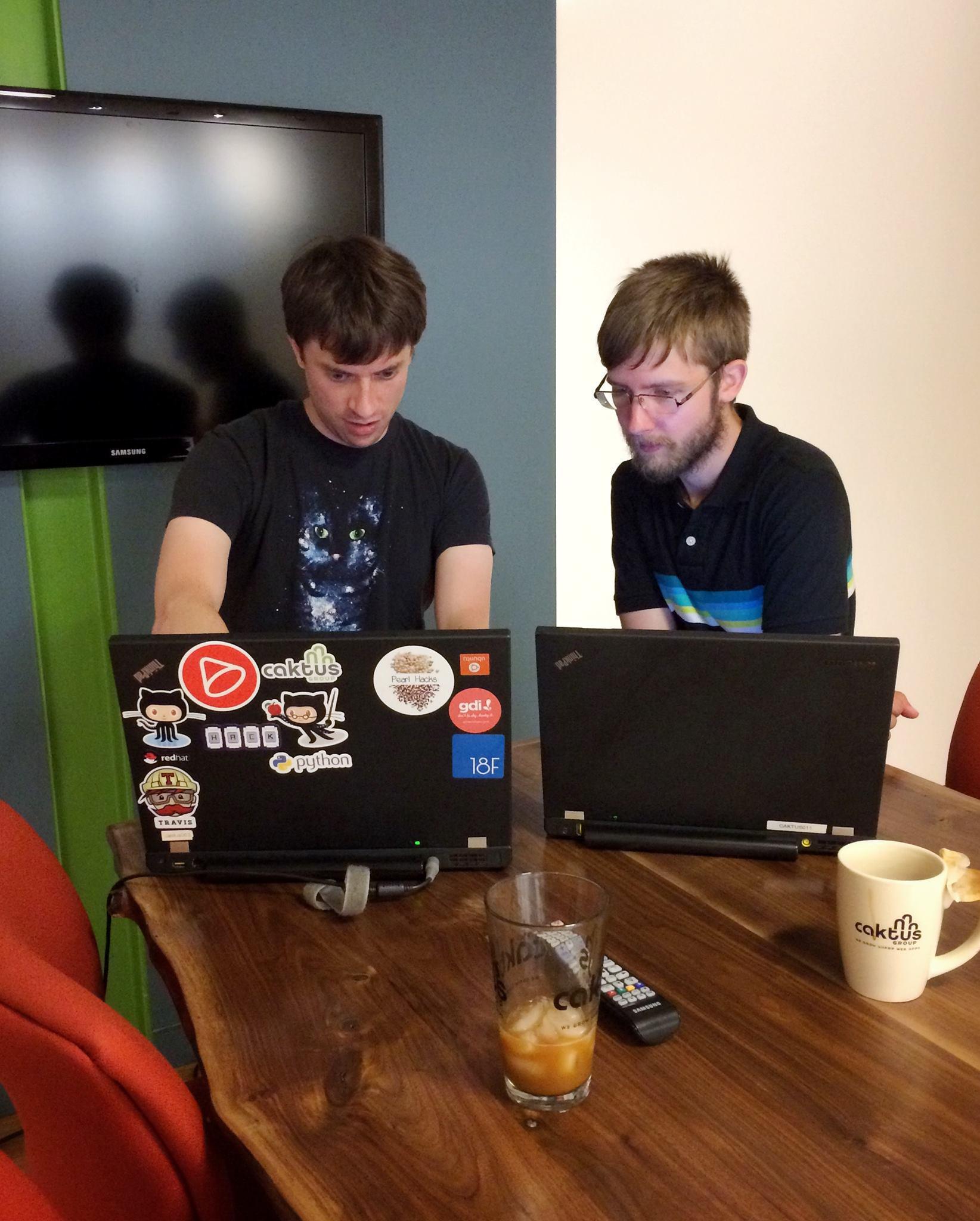 Last Friday marked another ShipIt Day at Caktus, a chance for our employees to set aside client work for experimentation and personal development. It’s always a wonderful chance for our developers to test new boundaries, learn new skills and sometimes even build something entirely new in a single day.

NC Nwoko and Mark Lavin teamed up to develop a pizza calculator app. The app simply and efficiently calculates how much pizza any host or catering planner needs to order to feed a large group of people. We eat a lot of pizza at Caktus. Noticing deficiencies in other calculators on the internet, NC and Mark built something simple, clean, and (above all) well researched. In the future, they hope to add size mixing capabilities and as well as a function for calculating the necessary ratios to provide for certain dietary restrictions, such as vegan, vegetarian, or gluten-free eaters.

Jeff Bradberry and Scott Morningstar worked on getting Ansible functioning to replace SALT states in the Django project template and made a lot of progress. And Karen Tracey approached some recent test failures, importing solutions from the database, while Rebecca Muraya began the massive task of updating some of our client based projects to Python 3.

Hunter MacDermut continued building the game he started last ShipIt Day, an HTML5 game using the Phaser framework. He added logic and other game-like elements to make a travelable board with the goal of destroying opponents. He also added animated sprites, including animations for an attack, giving each character their own unique moves. The result was a lot of fun to watch!

Dmitriy Chukhin and Caleb Smith developed a YouTube listening queue using ReactJS, using JQuery for the data layer. They loved the tag functions inherent in ReactJS as well as the speed.

Victor Rocha wrote a new admin action that enables a user to export models as a CSV file. He even found time to open source his work.

Vinod Kurup spent his day fixing RapidSMS bugs, creating two new pull requests. You can find them here and here. Once reviewed, they will be incorporated in the next RapidSMS release.

Neil Ashton worked through three chapters of experiments from The Foundations of Statistics: a Simulation-based Approach using iPython Notebook. He subsequently fell in love with iPython Notebook. An interactive computational environment, the iPython notebook seems the perfect platform for Neil’s love of data visualization and interactive experimentation. The iPython notebook ultimately allows the user to combine code execution, rich text, mathematics, plots, and other rich media.

Ross Pike spent the day exploring Font Awesome, the open-source library for scalable vector icons. He also took several tutorials in Sketch, an application for designing websites, interfaces, icons, and pretty much anything else.

Tobias McNulty spent some time working on the next release of django-cache-machine, a 3rd party Django app that adds caching and automatic invalidation to your Django models on a per-model basis. This ShipIt Day he worked on adding Python 3 support (with help from Vinod) and added a feature to support invalidation of queries when new model instances are created.

We had a number of people on vacation this ShipIt Day and several administrators and team members who couldn’t put away their typical workload this time around. But no matter; there is always the next ShipIt Day!