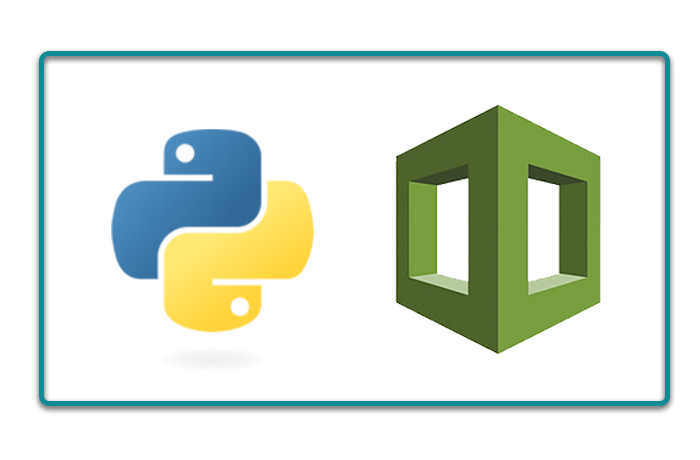 We deploy Python/Django apps to a wide variety of hosting providers at Caktus. Our django-project-template includes a Salt configuration to set up an Ubuntu virtual machine on just about any hosting provider, from scratch. We've also modified this a number of times for local hosting requirements when our customer required the application we built to be hosted on hardware they control. In the past, we also built our own tool for creating and managing EC2 instances automatically via the Amazon Web Services (AWS) APIs. In March, my colleague Dan Poirier wrote an excellent post about deploying Django applications to Elastic Beanstalk demonstrating how we’ve used that service.

AWS have added many managed services that help ease the process of hosting web applications on AWS. The most important addition to the AWS stack (for us) was undoubtedly Amazon RDS for Postgres, launched in November 2013. As long-time advocates for Postgres, this addition to the AWS suite was the final puzzle piece necessary for building an AWS infrastructure for a typical Django app that requires little to no manual management. Still, the suite of AWS tools and services is immense, and configuring these manually is time-consuming and error-prone; despite everything it offers, setting up "one-click" deploys to AWS (à la Heroku) is still a complex challenge.

In this post, I'll be discussing another approach to hosting Python/Django apps and managing server infrastructure on AWS. In particular, we'll be looking at a Python library called troposphere that allows you to describe AWS resources using Python and generate CloudFormation templates to upload to AWS. We'll also look at a sample collection of troposphere scripts I compiled as part of the preparation for this post, which I've named (at least for now) AWS Container Basics.

Introduction to CloudFormation and Troposphere

CloudFormation is Amazon's answer to automated resource provisioning. A CloudFormation template is simply a JSON file that describes AWS resources and the relationships between them. It allows you to define Parameters (inputs) to the template and even includes a small set of intrinsic functions for more complex use cases. Relationships between resources are defined using the Ref function.

Troposphere allows you to accomplish all of the same things, but with the added benefit of writing Python code rather than JSON. To give you an idea of how Troposphere works, here's a quick example that creates an S3 bucket for hosting (public) static assets for your application (e.g., in the event you wanted to host your Django static media on S3):

This generates a JSON dump that looks very similar to the corresponding Python code, which can be uploaded to CloudFormation to create and manage this S3 bucket. Why not just write this directly in JSON, one might ask? The advantages to using Troposphere are that:

Troposphere does not detect all possible errors you might encounter when building a template for CloudFormation, but it does significantly improve one's ability to detect and fix errors quickly, without the need to upload the template to CloudFormation for a live test.

Creating an S3 bucket is a simple example, and you don't really need Troposphere to do that. How does this scale to larger, more complex infrastructure requirements?

As of the time of this post, Troposphere includes support for 39 different resource types (such as EC2, ECS, RDS, and Elastic Beanstalk). Perhaps most importantly, within its EC2 package, Troposphere includes support for creating VPCs, subnets, routes, and related network infrastructure. This means you can easily create a template for a VPC that is split across availability zones, and then programmatically define resources inside those subnets/VPCs. A stack for hosting an entire, self-contained application can be templated and easily duplicated for different application environments such as staging and production.

For hosting a Python/Django application on AWS, you have essentially four options:

Putting it all together

This was originally a hobby / weekend learning project for me. I'm much indebted to the blog post by Jean-Philippe Serafin (no relation to Caktus) titled How to build a scalable AWS web app stack using ECS and CloudFormation, which I recommend reading to see how one can construct a comprehensive set of managed AWS resources in a single CloudFormation stack. Rather than repeat all of that here, however, I'm going to focus on some of the outcomes and potential uses for this project.

Jean-Philippe Serafin provided all the code for his blog post on GitHub. Starting from that, I've updated and released another project -- a workable solution for hosting fully-featured Python/Django apps, relying entirely on AWS managed services -- on GitHub under the name AWS Container Basics. It includes several configuration variants (thanks to Troposphere) that support stacks with and without NAT gateways as well as three of the application server hosting options outlined above (ECS, EB Multicontainer Docker, or EC2). Contributions are also welcome!

Setting up a demo

To learn more about how AWS works, I recommend creating a stack of your own to play with. You can do so for free if you have an account that's still within the 12-month free tier . If you don't have an account or it's past its free tier window, you can create a new account at aws.amazon.com (AWS does not frown on individuals or companies having multiple accounts, in fact, it's encouraged as an approach for keeping different applications or even environments properly isolated). Once you have an account ready:

The stack will take about 30 minutes to create, and you can monitor its progress by selecting the stack on the CloudFormation Stacks page and monitoring the Resources and/or Events tabs.

When it is finished, you'll have an Elastic Beanstalk Multicontainer Docker environment running inside a dedicated VPC, along with an S3 bucket for static assets (including an associated CloudFront distribution), a private S3 bucket for uploaded media, a Postgres database, and a Redis instance for caching, session storage, and/or use as a task broker. The environment variables provided to your container are as follows:

Optional: Uploading your Docker image to the EC2 Container Registry

You will need to replace <stack-name> with the name of the stack you entered above, <account-id> with your AWS Account ID, and <region> with your AWS region. You can also see these commands with the appropriate variables filled in by clicking the "View Push Commands" button on the Amazon ECS Repository detail page in the AWS console (note that AWS defaults to using a DOCKER_TAG of latest instead of using the Git commit SHA).

CloudFormation, and by extension Troposphere, also support the concept of "updating" existing stacks. This means you can take an existing CloudFormation template such as AWS Container Basics, fork and tweak it to your needs, and upload the new template to CloudFormation. CloudFormation will calculate the minimum changes necessary to implement the change, inform you of what those are, and give you the option to proceed or decline. Some changes can be done as modifications whereas other, more significant changes (such as enabling encryption on an RDS instance or changing the solution stack for an Elastic Beanstalk environment) require destroying and recreating the underlying resource. CloudFormation will inform you if it needs to do this, so inspect the proposed change list carefully.

In the next post, I'll go over several options for deploying to your newly created stack. In the meantime, the AWS Container Basics README describes one simple option.