Here's a Production-Ready Dockerfile for Your Python/Django App 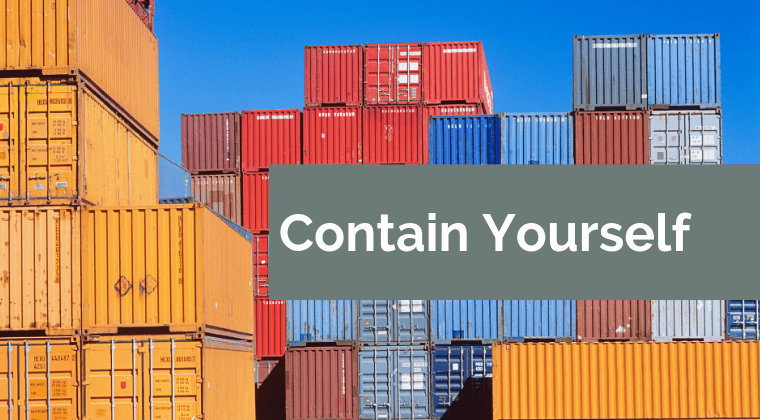 Update (October 29, 2019): I updated this post with more recent Django and Postgres versions, to use Python and pip directly in the container (instead of in a separate virtual environment, which was unnecessary), and switched to a non-root user via Docker instead of uWSGI.

Docker has matured a lot since it was released. We've been watching it closely at Caktus, and have been thrilled by the adoption -- both by the community and by service providers. As a team of Python and Django developers, we're always searching for best of breed deployment tools. Docker is a clear fit for packaging the underlying code for many projects, including the Python and Django apps we build at Caktus.

There are many ways to containerize a Python/Django app, no one of which could be considered "the best." That being said, I think the following approach provides a good balance of simplicity, configurability, and container size. The specific tools I use are: Docker (of course), the python:3.7-slim Docker image (based on Debian Stretch), and uWSGI.

In a previous version of this post, I used Alpine Linux as the base image for this Dockerfile. But now, I'm switching to a Debian- and glibc-based image, because I found an inconvenient workaround was required for musl libc's strftime() implementation. The Debian-based "slim" images are still relatively small; the bare-minimum image described below increases from about 170 MB to 227 MB (~33%) when switching from python:3.7-alpine to python:3.7-slim (and updating all the corresponding system packages).

There are many WSGI servers available for Python, and we use both Gunicorn and uWSGI at Caktus. A couple of the benefits of uWSGI are that (1) it's almost entirely configurable through environment variables (which fits well with containers), and (2) it includes native HTTP support, which can circumvent the need for a separate HTTP server like Apache or Nginx.

Without further ado, here's a production-ready Dockerfile you can use as a starting point for your project (it should be added in your top level project directory, next to the manage.py script provided by your Django project):

We extend from the "slim" flavor of the official Docker image for Python 3.7, install a few dependencies for running our application (i.e., that we want to keep in the final version of the image), copy the folder containing our requirements files to the container, and then, in a single line, (a) install the build dependencies needed, (b) pip install the requirements themselves (edit this line to match the location of your requirements file, if needed), (c) remove the C compiler and any other OS packages no longer needed, and (d) remove the package lists since they're no longer needed. It's important to keep this all on one line so that Docker will cache the entire operation as a single layer.

Next, we copy our application code to the image, set some default environment variables, and run collectstatic. Be sure to change the values for DJANGO_SETTINGS_MODULE and UWSGI_WSGI_FILE to the correct paths for your application (note that the former requires a Python package path, while the latter requires a file system path).

A few notes about other aspects of this Dockerfile:

Production-ready requirements and settings files are outside the scope of this post, but you'll need to include a few things in your requirements file(s), if they're not there already:

This bears repeating: This is not a production-ready settings file, and you should review the checklist in the Django docs (and run python manage.py check --deploy --settings=my_project.settings.deploy) to ensure you've properly secured your production settings file.

Building and Testing the Container

Now that you have the essentials in place, you can build your Docker image locally as follows:

This will go through all the commands in your Dockerfile, and if successful, store an image with your local Docker server that you could then run:

This command is merely a smoke test to make sure uWSGI runs, and won't connect to a database or any other external services.

Make sure this file is executable, i.e.:

Next, uncomment the following line to your Dockerfile, just above the CMD statement:

This will (a) make sure a database is available (usually only needed when used with Docker Compose) and (b) run outstanding migrations, if any, if the DJANGO_MANAGEPY_MIGRATE is set to on in your environment. Even if you add this entrypoint script as-is, you could still choose to run migrate or collectstatic in separate steps in your deployment before releasing the new container. The only reason you might not want to do this is if your application is highly sensitive to container start-up time, or if you want to avoid any database calls as the container starts up (e.g., for local testing). If you do rely on these commands being run during container start-up, be sure to set the relevant variables in your container's environment.

To run a complete copy of production services locally, you can use Docker Compose. The following docker-compose.yml will create a barebones, ephemeral, AWS-like container environment with Postgres for testing your production environment locally.

This is intended for local testing of your production environment only, and will not save data from stateful services like Postgres upon container shutdown.

Copy this into a file named docker-compose.yml in the same directory as your Dockerfile, and then run:

This downloads (or builds) and starts the two containers listed above. You can view output from the containers by running:

If all services launched successfully, you should now be able to access your application at http://localhost:8000/ in a web browser.

If you need to debug your application container, a handy way to launch an instance it and poke around is:

You may have noticed that we set up static file serving in uWSGI via the UWSGI_STATIC_MAP and UWSGI_STATIC_EXPIRES_URI environment variables. If preferred, you can turn this off and use Django Whitenoise or copy your static files straight to S3.

To avoid Django's Invalid HTTP_HOST header errors (and prevent any such spurious requests from taking up any more CPU cycles than absolutely necessary), you can also configure uWSGI to return an HTTP 400 response immediately without ever invoking your application code. This can be accomplished by uncommenting and customizing the UWSGI_ROUTE_HOST line in the Dockerfile above.

That concludes this high-level introduction to containerizing your Python/Django app for hosting on AWS Elastic Beanstalk (EB), Elastic Container Service (ECS), or elsewhere. Each application and Dockerfile will be slightly different, but I hope this provides a good starting point for your containers. Shameless plug: if you're looking for a simple (and at least temporarily free) way to test your Docker containers on AWS using an Elastic Beanstalk Multicontainer Docker environment or the Elastic Container Service, check out Caktus' very own AWS Web Stacks. Good luck!