Uniqueness is an Advantage 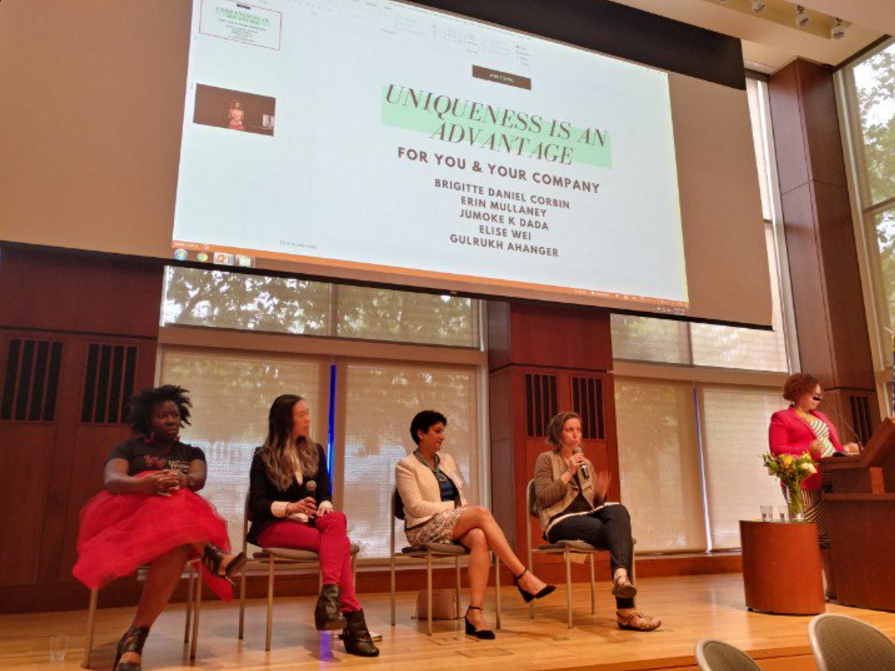 Back in March, the organizers from the Women in Tech summit asked if I’d like to collaborate on a panel on diversity in technology at their Philadelphia summit. Back in October, I had created a panel on “Staying a Women in Tech” and was excited for the opportunity to speak on such a significant topic in my hometown of Philadelphia. I was introduced to Brigitte Daniel, who had submitted this new panel, and we began putting the panel plans together. Brigitte would moderate the discussion and I would be a panelist along with three other dynamic women in tech: Elise Wei, Jumoke Dada and Gulrukh Ahanger.

Brigitte, founder of Mogulette, a program centered “around educating, mentoring, and empowering women, with a focus on women of color who are interested in careers in business and technology”, thought it would be a great ice breaker to begin the panel with a clip of Bozoma Saint John at WWDC 2016. Saint John’s ability to connect with her audience on a massive scale set an example for other women of color in the tech industry looking for ways to become more visible and make a name for themselves.

After panel introductions, with panelists ranging from developers and managers to founders and chapter leaders of non-profit organizations that help women learn to code, we began chatting about how we could use our uniqueness to our advantage on our respective teams. Here are some of the highlights captured by our audience on Twitter:

As a woman, it can be difficult to be heard, but don't be shy. Speak up & ask to be heard. -Gulrukh Ahanger #witsphl

I push back on management when they don't set me a diverse set of resumes to review. -Gulrukh Ahanger #witsphl

If there are women doing great work, I raise my hand and say kudos to spotlight them. @jumokedada #witsphl

"Confidence and competence are seen as inversely related in women. This has to change." @Not_Pele, I agree! #fellowcrusader #WITSPHL

When I interview candidates, I observe, "Does the interviewee address me as much as the man on my team?" @Not_Pele #witsphl

I hung out after @gdiphilly classes & told ppl I was looking for mentees. @_erin_rachel #witsphl

I reached out on social media about a tool I was running into issues on, & now we're partnering. @_erin_rachel #witsphl

Overall, I was incredibly happy with how our panel turned out. I definitely heard things from other panelists that I could take back with me and think about. It’s an incredible feeling to be with a group of smart women who are there to help lift each other up.

Gif via Libby VanderPloeg on Giphy

See what other events Cakti have participated in or check out these talks.

Chords and Code: 52 Black Artists to Add to Your Work Playlist