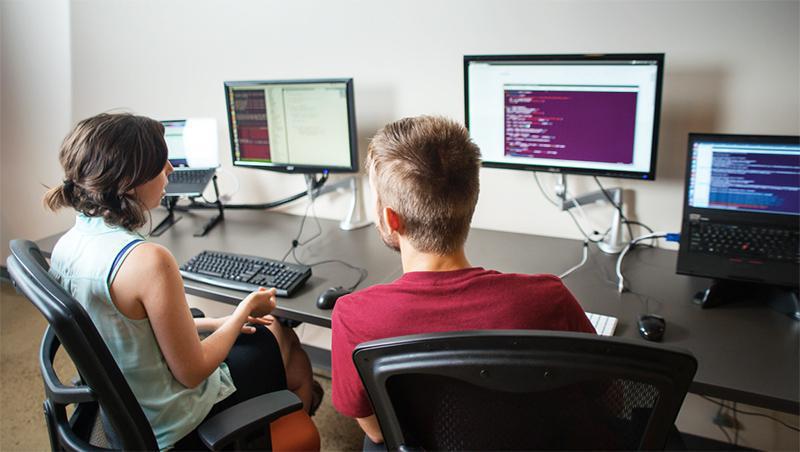 Even Python learning materials that get into very advanced language features rarely mention some practical things that would be very helpful to know as soon as you start working on more serious projects, like:

The key concept that helps to manage all this is the "virtual environment".

A virtual environment is a way of giving each of your Python projects a separate and isolated world to run in, with its own version of Python and installed libraries. It’s almost like installing a completely separate copy of Python for each project to use, but it’s much lighter weight than that.

When working at the command line, you can put the virtual environment's "bin" directory first on your PATH, what we call "activating" the environment, and from then on, anytime you run python, you'll be running in the environment.

(This is one advantage of starting your scripts with:

By using the "/usr/bin/env" version, you'll get the first copy of Python that's on your PATH, and if you've activated a virtual environment, your script will run in that environment.)

Virtual environments provide a "bin/activate" script that you can source from your shell to activate them, e.g.:

(but be sure to notice that you have to source the activate script, using . or source, and running the script normally will not activate your virtual environment as you might expect).

After activating a virtual environment in a shell, a new command deactivate will become available, that will undo the activation.

Activation is just a convenience for use in an interactive shell. If you're scripting something, just invoke Python or whatever other script or executable you need directly from the virtual environment's bin directory. E.g.:

Installing packages into a virtual environment

In an activated virtual environment, you'll have a command pip that you'll use to install, update, and remove packages. E.g.:

When the requests package releases version 2.12, you can upgrade to it with:

or just upgrade to the latest version with:

If you decide that your project no longer needs requests, you can remove it:

and then install all that with this command:

Of course, pip has all sorts of options and other features, which you can read about in the Pip documentation.

Pip outside of virtual environments

Pip is automatically provided for you inside all virtual environments, but you can also install it system-wide and use it to install Python packages for the whole system. But there are some things to be careful of:

Python started including direct support for virtual environments in version 3.3, but for versions before that, including Python 2.7, you need to use a third-party tool called virtualenv to create them.

virtualenv still works for all versions of Python, and since I still need to deal with Python 2.7 on a regular basis, and don't want to try to remember the details of two different ways to create virtual environments, I just use virtualenv for everything. Plus, I still think virtualenv is simpler to use and more flexible.

Here's how simple using virtualenv is:

So if I wanted to create a virtual environment at $HOME/foo that was running Python 2.7, I could run:

That just creates the virtual environment. When you're ready to use it, don't forget to activate it first.

You can often install virtualenv using a system package, but it will likely be an old version. Since virtualenv bundles pip, that means all virtual environments you create with it will start with an old version of pip, and will complain at you until you upgrade pip to the latest. (That's easy - pip install -U pip - but gets tiresome.)

First, you'll want to install pip on your system - that is, globally. If your distribution provides a package to install pip, use that to avoid possibly breaking your system's installed Python.

I'll try to provide instructions for a variety of systems, but be warned that the only one I'm currently using is Ubuntu.

Only if your distribution does not provide a way to install pip, then you'll need to install it directly. First, securely download get-pip.py. You can click that link and save the file somewhere, or use wget from the command line:

Then run get-pip.py, with system privileges:

Now that you have a system pip, you can install virtualenv:

and anytime you want to make sure you have the latest version of virtualenv:

virtualenv and pip are just parts of the whole virtual environment ecosystem for Python. They're enough to get a lot done, but here are some other things you might find interesting at some point.