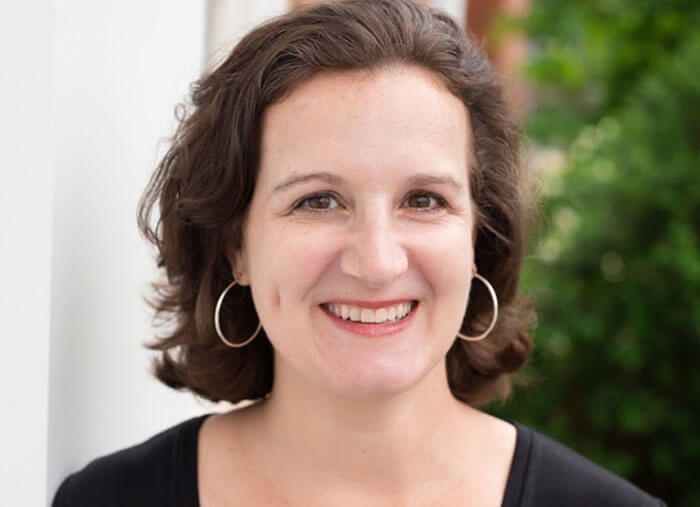 With degrees in civil engineering and international business, Hollis Vaughen is a fan of math and science and is an eager world traveler. She enjoys books, conversation, yoga, decluttering, and learning about other cultures.

Her paid work and volunteer positions have all had similar descriptions: keep numbers straight and communicate information effectively. Since 2014, she’s been honing her social media marketing skills and doing consulting in that area, which is what led her to Caktus! She’s having fun highlighting the great work the Cakti are doing on the company’s Twitter, Facebook, and LinkedIn accounts.

Originally from Kentucky, she lived in Virginia, North Carolina, Japan, California, and Germany before settling in her spiritual home of Seattle for 13 years. In 2013, she moved back to North Carolina, then in 2017 moved to Berlin for a year. She and her family returned to NC again in 2018, but then moved back to Berlin again in the summer of 2021. Whew! That's a lot of moves! And Berlin might now surpass Seattle as her favorite place to live.

Hollis and her Michigan-bred husband have three kids who keep them busy with varied activities, lots of silliness, and endless arguing about who ate all the food in the house.