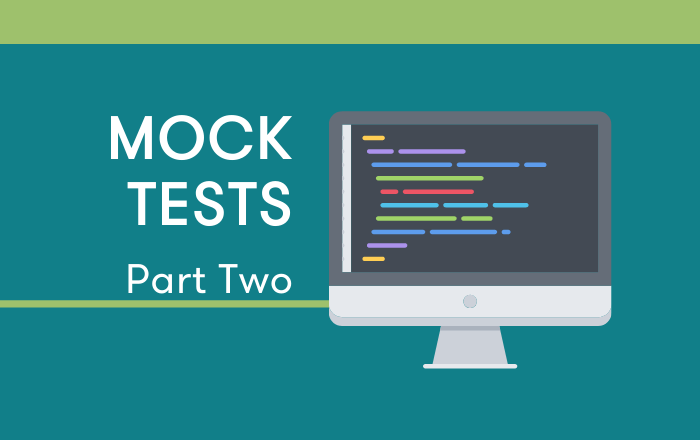 In Part 1 of this blog series, we started looking at how we can use mocking to improve our unit tests. We'll expand on that in this post.

Another common case is mocking an attribute of an object or class. We can use mock.patch.object for this.

Suppose we have a function that will try to read from a file handle it has been passed, and we want to test what it does if the read fails.

On line 9, by assigning an exception to the side_effect attribute of the mock object, we indicate that when called, instead of returning a value, the exception should be raised. Our function is supposed to catch the exception and return None, so we check in the usual way that its return value is None.

I try to use mock.patch.object instead of mock.patch when I can, because it makes more sense to me when I try to figure out where to apply the mock. But both methods have their uses.

Mock Something on a Class

If we don't have access to an object to mock something on it, perhaps because it doesn't exist yet, we may instead apply a mock to the class that will be used to create the object. We just need to be sure the mock is in effect when the object is created.

By mocking some_function on the class object, we arrange that the instance created from it will also have some_function be our mock object.

I have a mental model of how mock.patch works that is useful for me. I'm sure in reality it's a lot more complicated, but I imagine it does something like this:

It finds the reference by name in the appropriate module, saves its value, changes it to the mock object, and when done, restores the value.

And I imagine something similar for mock.patch.object:

This is even simpler.

We've already seen that we can assign to .return_value on a mock object and whenever the mock object is called, the value we set will be returned.

For more complex behaviors, we can assign to .side_effect:

Most of the arguments that can be passed when constructing a mock object can also be assigned as attributes later, so reading the documentation for the mock class should give you more ideas.

Determining What was Done with a Mock Object

If you don't care about some of the arguments, you can pass mock.ANY to assert_called... methods in place of those arguments, and the assertion will pass regardless of what value that argument had:

See the mock class documentation for more variations on the same theme.

And if you want to check something that there's no built-in method to check, you can always access mock_object.call_args_list, which is a list of (args, kwargs) pairs, one for each time the mock object was called.

NOTE: Be careful when spelling method names on mock objects, because if you misspell one, instead of an error, the mock object will just define a mock method by that name and return another mock object. Sometimes you can avoid this by using the spec argument when creating a mock object, but that's beyond the scope of this blog series.