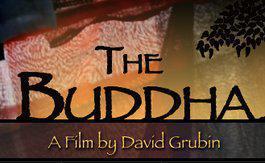 I am excited to announce that The Buddha site won two Webby Awards! It was built in partnership with Sonnet Media as a companion to The Buddha documentary directed by David Grubin that aired on PBS in April 2010. The site was built using Django to create a multi layered interactive experience to further explore the life and times of the Buddha.

The Buddha won both the People’s Voice Award and the Webby Award in the Religion and Spirituality category.

Congratulations to everyone who worked on the project and thank you so much for voting!