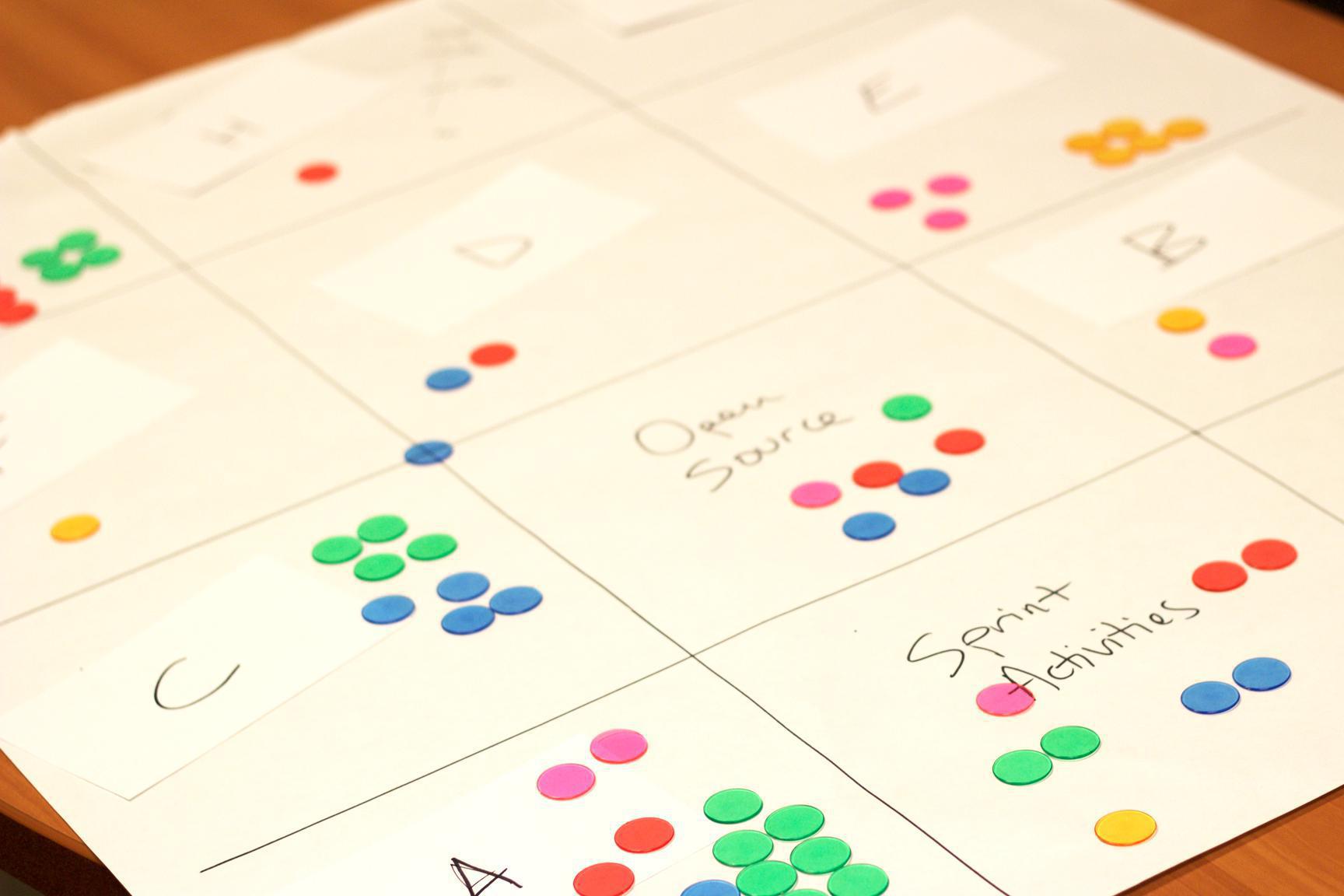 In January of 2016, Caktus transitioned from a general Agile development environment to a more focused Scrum environment. Part of this transition entailed moving from a targeted budget allocation approach per project, to a self-organizing, goal-based team structure with no obvious provision for tight, consistent control over project budgets.

If managing budgets is part of your job, you can appreciate how much our project managers struggled with this. We shifted to working in 2-week-long goal-based sprints, but still had to pay attention to budget constraints. We searched for a way to still effectively manage our budgets, but to do so without exercising unseemly amounts of un-Scrum-like “command and control”.

We also noticed that the development team members were having their share of budget-related struggles:

So how do we maintain our project budgets, empower the team, be truly Agile, and still deliver a working product at the end of each sprint that meets the goals?

This exercise helps the team identify and resolve these frequent conflicts:

Typically, our project managers (playing the role of Product Owner) go over the sprint goals prior to this exercise. Once the initial allocation is complete, the team progresses to planning their sprint, starting with the token exercise. This usually takes no more than 5-10 minutes. The grid with the tokens is left in play through the end of the sprint, allowing team members to reference and adjust it as needed. After sprint planning, the Scrum Master posts the initial allocations to the team’s Basecamp.

The budget allocations per person that come out of this exercise are not communicated to the team again during the sprint by the PO, Scrum Master, or other stakeholders. The team can choose to reference the allocations or not, as they see fit. If desired, the PO can compare the initial allocation data to the actual expenditures after the sprint ends. This type of comparison over multiple sprints can be useful in identifying trends that the PO can act upon. For example, if a project is consistently allocated more time in sprint planning than is actually spent on it, yet the goals are always completed, this could be an indication that the goals and/or stories for that project are too small and can be increased in scope.

All three of our Scrum teams are choosing to use this exercise for now. We’ve found that the token exercise provides budget transparency for the development teams, a mechanism for hourly budget management (without command and control) for the POs, and a starting point for team conversations about resource allocation. It also starts sprint planning with a hands-on activity that gets the team thinking and moving around.

Looking for more info about using Scrum and Agile in web development? Read about how we implemented Scrum in a client-services organization, or check out this post about using priority in Scrum to reduce team anxiety.