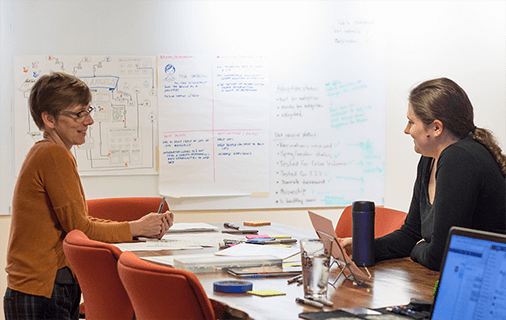 From time to time we inherit code bases running outdated versions of Django and part of our work is to get them running a stable and secure version. In the past year we've done upgrades from versions as old as 1.0 and we've learned a few lessons along the way.

Tests are a Must

You cannot begin a major upgrade without planning how you are going to test that the site works after the upgrade. Running your automated test suite should note warnings for new or pending deprecations. If you don’t have an automated test suite then now would be a good time to start one. You don't need 100% coverage, but the more you have, the more confident you will feel about the upgrade. Integration tests with Django's TestClient can help cover a lot of ground with just a few tests. You'll want to use these sparingly because they tend to be slow and fragile. However, you can use them to test your app much like a human might do, submitting forms (both valid and invalid), and navigating to various pages. As you get closer to your final target version or you find more edge cases, you can add focused unittests to cover those areas. It is possible to do these upgrades without a comprehensive automated test suite and only using manual testing but you need a thorough plan to test the entire site. This type of testing is very slow and error prone and if you are going to be upgrading multiple Django versions it may have to be run multiple times.

Given Django's deprecation cycle, it's easiest to upgrade a project one Django version at a time. If you try to jump two releases, you may call Django APIs which no longer exist and you’ll miss the deprecation warnings that existed only in the releases you jumped over. Each version has a few big features and a few things which were changed and deprecated. For Django 1.1, there were a number of new features for the admin and most of the deprecations and breaking changes were related to the admin. Django 1.2 added multiple database support and improved the CSRF framework which deprecated the old DB and CSRF settings and code. Static file handling landed in Django 1.3 as did class based views. This started the deprecation of the old function based generic view and the old-style url tag. Django 1.4 changed the default project layout and the manage.py script. It also improved timezone support and upgrading usually started with tracking down RuntimeWarnings about naive datetimes. The customized user was added in Django 1.5 but more important in terms of upgrading was the removal of the function based generic views like direct_to_template and redirect_to. You can see a great post about changing from the built-in User to a custom User model on our blog. Also the url tag upgrade was completed so if your templates weren't updated yet, you'd have a lot of work to do. Django 1.6 reworked the transaction handling and deprecated all of the old transaction management API. Finally in the upcoming 1.7 version, Django will add built-in migrations and projects will need to move away from South. The app-loading refactor is also landing which changes how signals should be registered and how apps like the admin should manage auto-discovery.

Do Some Spring Cleaning

As you upgrade your project remember that there are new features in the Django versions. Take the opportunity to refactor code which wasn't easily handled by older versions of Django. Django 1.2's "smart if" and "elif" (added in 1.4) can help clean up messy template blocks. Features like prefetch_related (added in 1.4) can help reduce queries on pages loading a number of related objects. The update_fields parameter on the save method (added in Django 1.5) is another place where applications can lower overhead and reduce parallel requests overwriting data.

There will also be reusable third-party applications which are no longer compatible with the latest Django versions. However, in most cases there are better applications which are up to date. Switching reusable apps can be difficult and disruptive but in most cases it's better than letting it hold you back from the latest Django release. Unless you are willing to take on the full time maintenance of an app which is a release or two behind Django, you are better off looking for an alternative.

Those are the highlights from our experiences. Get a stable test suite in place before starting, take it one release at a time, and do some spring cleaning along the way. Overall it's much less work to upgrade projects as soon as possible after new Django versions are released. But we understand dependencies and other deadlines can get in the way. If you find yourself a few releases behind, we hope this can help guide you in upgrading.

Mark Lavin is the author of the forthcoming book, Lightweight Django, from O'Reilly Media.

Mark Lavin to Give Keynote at Python Nordeste