Congrats to PearlHacks Winners (Including Our Intern, Annie)! 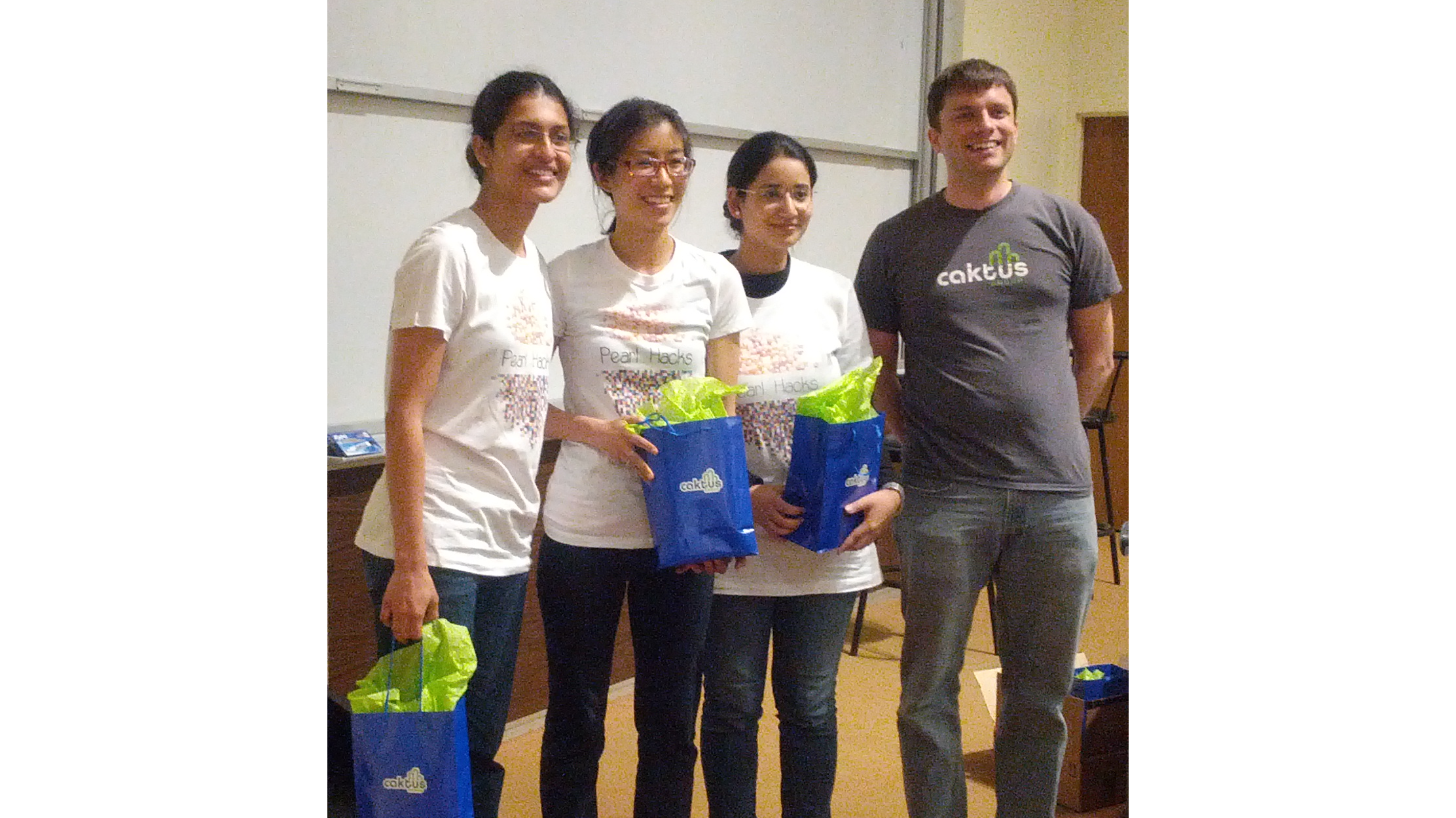 Many congratulations to the PearlHacks third place winners who won Sphero Balls! The team from UNC’s Computer Science department created TheRightFit, an Android app that helps shoppers know what sizes will fit them and their families among various brands. Their prize of Sphero Balls, programmable balls that can interact and play games via smart phones, was presented by Caktus developer and Pearl Hacks mentor Caleb Smith as part of our sponsorship. PearlHacks, held at UNC-Chapel Hill, is a conference designed to encourage female high school and college programmers from the NC and VA area.

Also, we’re deeply proud of our intern, Annie Daniel (UNC School of Journalism), who was part of the first place team for their application, The Culture of Yes. Excellent job, Annie!

This is what Annie had to say about her team's first place project:

The Culture of Yes was a web app that's meant to broaden the conversation on sexual assault on college campuses. We chose a flagship university from each of the 50 states, created a json file that summarized that university (population, male/female ratio, % in greek life, etc) and wrote scrapers to pull stories on sexual assault from each of the universitys' student newspapers. We also allow for user generated content where survivors of sexual assault are able to share their stories and experiences anonymously (or not) and present the similarities and differences of assault experiences across the U.S. It's a Django-based web app built on a bootstrap CSS framework.

Basically we wanted to focus more on the story than quantitative data. We present the university newspaper stories side-by-side with survivor experiences to show how the conversation compares to the experience of sexual assault and how the crime is treated across campuses.

Reflecting on My Time as Caktus' Open Source Fellow