Project Mwana featured in the BBC 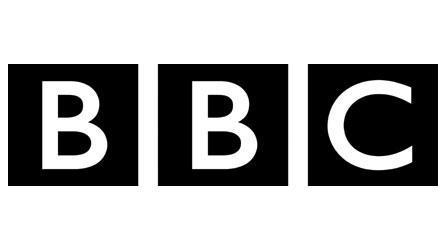 Caktus has had the opportunity to work on the infrastructure of RapidSMS, an application framework that allows data collection and logistics coordination using mobile phone text messages for communication. The BBC World News recently posted an article, "RapidSMS: Saving a life in 160 characters" detailing the effects of RapidSMS technology is having on HIV/AIDS treatment in the developing world. The article focuses on work being done to combat the HIV/AIDS epidemic in Malawi where there is one of the highest rates of infection in the world.

The statistics are sobering. More than 11% of Malawi's adults are living with HIV and around 120,000 children are thought to have the disease. [. . .] Annually, the United Nations estimates that 25% of new infections in the country are caused by mother-to-child transmission of the virus. That means it's absolutely critical that infants in Malawi get tested for HIV as soon as possible in the weeks following birth, and if they test positive, that treatment begins immediately.

One of the main programs that has dramatically transformed the landscape of reporting test results is Project Mwana. Mwana, which means “baby” or “child” in Swahili, focuses on reducing the mother-to-child infection rate by using the RapidSMS platform to transmit test results from central testing labs to rural health clinics. Caktus had a large role in developing the infrastructure of RapidSMS and our case study details how we constructed the workflow and architecture of the application.

Once a child is born, if they are at risk, they receive a HIV test to determine if they are infected. The blood test is then taken by a courier to a centralized testing lab to determine the HIV status of the child. Prior to Project Mwana, once the test was completed, the results were sent by a courier back to the rural health clinic where the test took place. If the health worker received the results, the mother would be alerted and treatment for the child could begin. This method of sending results was fraught with error due to its inefficiency and at times, the results could be lost in transit. Dr. Aye Aye Mon the HIV/AIDS chief for the United Nations agency UNICEF Malawi discussed the effects that this system has to the outcome of an infected child with the BBC for this article.

Health care workers in rural health centers, [. . .] often have to wait up to eight months to receive the results of the test. It can then take even longer for those results to reach patients, who live on average about 15km (10 miles) away from the health centres. "These factors," says Dr Mon, "lead to HIV positive babies being started late on antiretroviral treatment or even dying before treatment has begun.”

By replacing the previous method of transmitting results with the RapidSMS application, the results are sent directly to health workers, eliminating the need for a courier. The health worker then alerts the mother of the status of the child and treatment can begin immediately. Also by using the RapidSMS platform, health workers can send information about ongoing treatment of children and their mothers back to the health ministry of Malawi, where the information can be analysed to improve the system.

Project Mwana was designed using a user centered, agile development process. In the prototype stage, the application was then tested on health workers to see how they liked it. Their feedback was incorporated into the next iteration of development. By having input from the people using the application, it ensured that the interface was intuitive and that there was not a steep learning curve when learning to use the application. Due to this user centered development, Project Mwana won two design awards at this year’s International Design Excellence Awards. The application won a Gold Award in Design for Social Impact and a Silver Award in Design Strategy. Caktus is very honored to have worked on this project and are excited to see the application be implemented and grow in more countries.

FastCompany: 10 Most Innovative Companies in Local