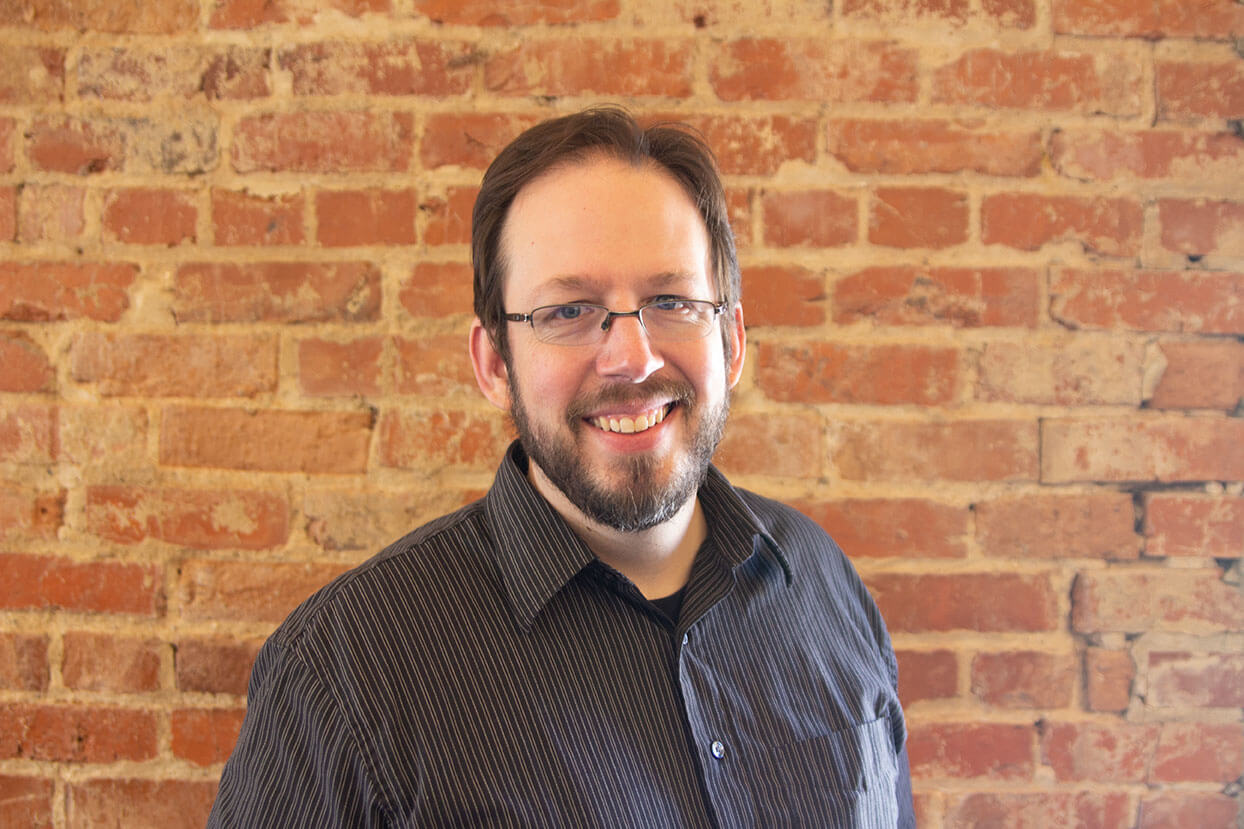 Sean changed careers twice before becoming a contractor with Caktus, and we’re glad he found his way to us! After earning a bachelor’s degree in Ancient Languages and a master’s degree in TESOL (Teachers of English to Speakers of Other Languages), he taught ESL for a few years. He moved on to editorial work, which he did for 18 years with Tyndale House Publishers in Illinois. Sean created and managed large-scale editorial projects with up to several dozen contributors and multi-million-dollar budgets. During that time, he taught himself to use Ruby on Rails and then Python to create publication content management and workflow automation systems, first for his employer and then for other publishers. To do that, he used a potent concoction of Python, SQL, XML, XSLT, CSS, and Javascript. This work culminated in Sean creating the Book Genesis corporation. He is currently working on packaging all of this work and publicly launching a publisher-oriented content management system under the Book Genesis brand.

After working as a solo developer for about 10 years, Sean was introduced to Caktus Group at a job fair in 2018 and was drawn to Caktus’s team culture and Agile practices. Sean joined Caktus in June 2018 and has very much appreciated and benefited from working with other developers. He especially enjoys Agile development and learning better approaches to DevOps.

Outside of work, Sean and his wife (an experienced American Sign Language interpreter) regularly host international students from Northern Illinois University for one to 10 months. They spend a lot of time at the dinner table telling stories and comparing cultural notes. The Harrisons also have three children — the youngest is scheduled to graduate from high school in 2021. On the rare occasion that Sean has a few hours completely free, he enjoys photography (https://seanharrison.smugmug.com) or reminding his fingers that once upon a time he spent countless hours playing piano and guitar. He also enjoys seeing the latest superhero movie, romcom, or indy film.

How to Do Wagtail Data Migrations

Be Quick or Eat Potatoes: A Newbie’s Guide to PyCon